Online short-form content rapidly becoming the format of choice for creators and audiences.

Online short-form content rapidly becoming the format of choice for creators and audiences. 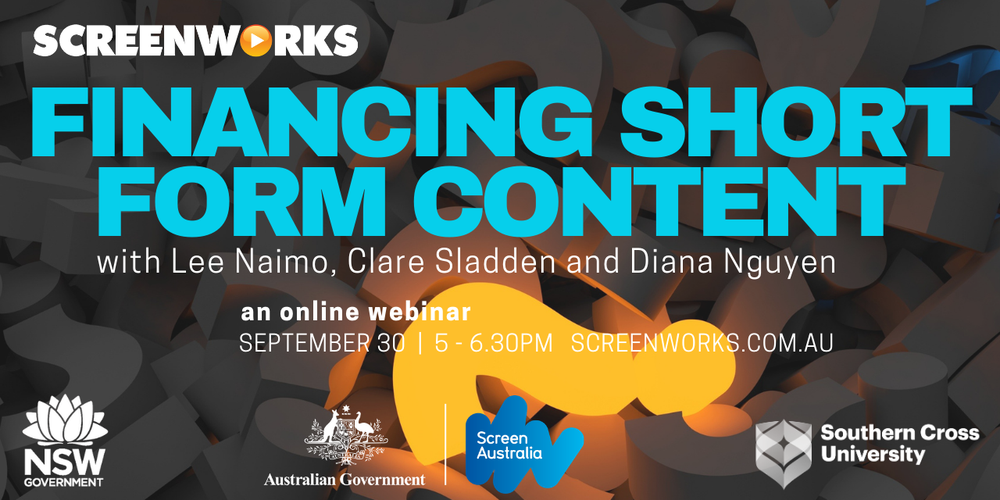 an online event via Zoom

Short films and short-form content are an important part of a filmmakers portfolio and career path, with online short-form content rapidly becoming the format of choice for creators and audiences. Financing short-form however, can be difficult and self-funding is the most common strategy.

In this webinar our guest speakers represent a range of experiences and perspectives on short-form creation and will talk about innovative strategies for sourcing finance, allocating funds and maximising budgets.

Guest speakers include Lee Naimo, a Senior Investment Manager in Online at Screen Australia, Clare Sladden a writer and director and Diana Nguyen is a content creator and comedian.

When every online project is so different, how do you pull together your finance plan for your project? What are the more typical avenues of funding for web series and VR projects? As a Senior Investment Manager in Online at Screen Australia, Lee Naimo has seen a wide range of projects and can speak to some of the more common (and uncommon) ways creators are funding their online projects.

In November 2014, Diana with the help of Suzi Nguyen (Marketing Strategist) crowdfunded a successful Pozible campaign raising $11k in order to make the first-ever Vietnamese Australian family comedy webseries. Diana will talk about the strategies she used to build her campaign, attract the funds and then unlock support from Screen Australia.

Clare Sladden has self-financed four short-form productions and more recently had her podcast funded by Screen Queensland and Audible. In this webinar, Clare will talk about how she allocated her funds and managed the tight budgets as well as how she prioritised in order to deliver the best outcomes.