Where are your peeps?? 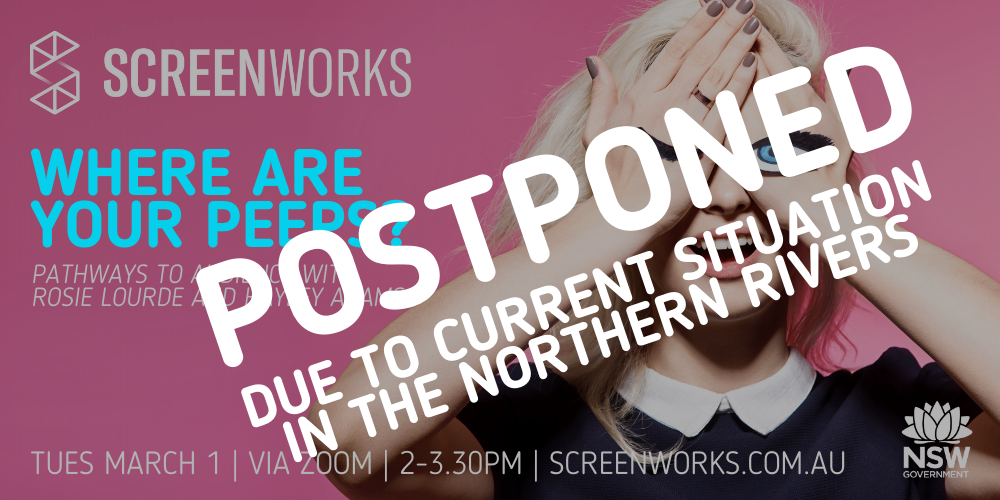 THIS EVENT HAS NOW BEEN POSTPONED - A LATER DATE WILL BE ANNOUNCED SOON.

Screenworks is very pleased to host highly experienced Producer/Director/Writer Rosie Lourde and Producer Hayley Adams who will be demystifying the process of finding pathways to audience specifically for online projects.

Rosie has experience as both a hands-on Producer and a former Screen Australia investment manager, and Hayley has built multiple TikTok accounts from zero to tens of thousands of followers for scripted series. The two will discuss the fast-changing and increasingly saturated digital landscape, how to find and build your audience online - and, crucially, how to keep them engaged!

The session will also cover how to finance online projects, including federal and state agency funding avenues and sponsorship/brand partnerships.

Presented via Zoom, this interactive webinar will be about 90 minutes long and there will be plenty of opportunity to ask Rosie and Hayley your burning questions about creating digital screen content, sourcing financing for online projects, and finding those all-important pathways to audience. Producer at Unless Pictures

Hayley Adams is a producer at Unless Pictures. She was a 2020 Screen Forever Ones to Watch and winner of the SBS First Look Development Grant from SPA. She produced and directed Love Songs, the world’s first narrative series for TikTok. The series has amassed over 20 million views, with Season 2 released in partnership with Tinder. After the success of Love Songs, Hayley received development and production funding from Screen Australia and Film Victoria for her next TikTok series, Scattered (38 x 1 minute). Scattered follows Wil’s three best friends waking up the morning after his funeral to realise they've lost his ashes and must find them before the day’s up. The series finished releasing in July 2021, with 2 million views and over 50,000 followers.
Hayley previously produced the MIFF Accelerator 2019 and Flickerfest 2020 short film There’s a Mobster Under My Bed!, with Balloon Tree Productions director Matthew Smolen. Rosie Lourde is a content creator traversing roles, formats and genres. Rosie has just co-written and produced her first animated short film Blockhead and Sparkles and the Flood of Tears which has just had its world premiere at the Sydney Film Festival as part of the Screen NSW Screenability Film Fund. Rosie was nominated for a Directors Guild Award for her feature directorial debut, romcom Romance on The Menu, which launched on Netflix ANZ and trended at #3. Horror short, Dashcam,which Rosie co-wrote and directed, played in competition at CanneSeries 2020 as part of horror anthology series Deadhouse Dark. Digital series Starting From Now, which Rosie acts in and produced, has amassed over 170 million views online, sold to SBS in Australia and won numerous awards. Rosie was a writer/director/producer of virtual reality film Breach which was shortlisted for the Sundance New Frontiers program in 2017, producer on award winning indie feature Skin Deep; acted in several other projects including mumble core feature Chocolate Oyster which screened at Sydney Film Festival 2018. She was formerly the Investment Manager of Online Production at Screen Australia, as well as a co-Vice President of WIFT NSW, a SPAA Ones to Watch and currently sits on the Screen Australia Gender Matters Taskforce.